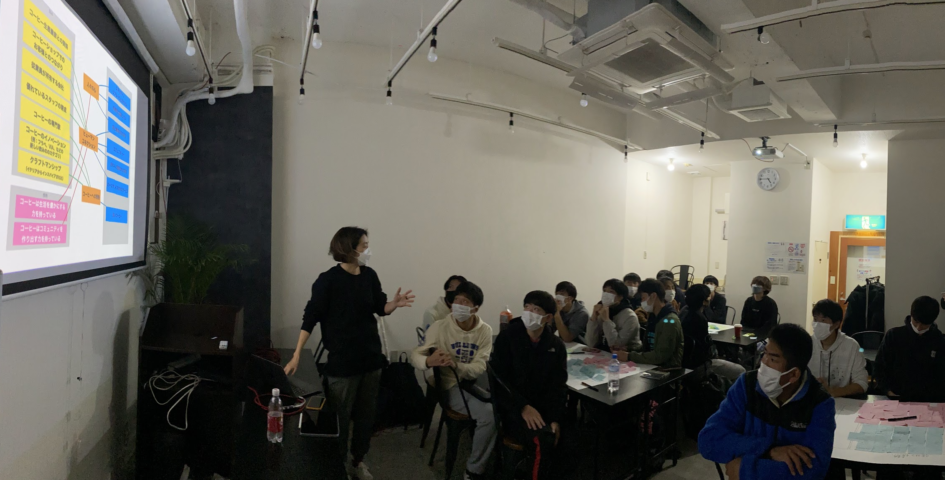 (this article is from CEO Saito’s AdverTime column series, “What exactly is ‘purpose’, the philosophical base many Japanese companies are implementing nowadays?” Vol.5)

Recently, the advent of “Purpose” has been gaining attention, especially in the advertising industry. Over the past few years, many corporations have begun to implementing Purpose.

Although Purpose is often linked to something large scale–such as companies–it is actually very useful in other scenes such as product or store development. This column features The University of Tokyo’s field hockey team BULLIONS. Mikiko Saito, the author of Purpose Branding, worked together with BULLIONS to discuss the team’s Purpose.

As the new school year started in April, the sight of new students and employees returned since the recent pandemic.

Here, we introduce a project that is fit for the season of new changes, titled: “University of Tokyo (UT) field hockey team’s Purpose establishment project.”

SMO’s Purpose is “Create great brands for the generations to come.” To accomplish this, it’s important to have the future generation understand the concept of Purpose and pass its true form onto the future. While we hire student interns as part of our process to nurture the next generation, we began the “UT field hockey team’s Purpose establishment project”to support purposeful students.

We first started this project when the captains of the BULLIONS consulted SMO on how to establish the team’s Purpose after reading the Purpose column. We received the inquiry through SMO’s website around Autumn when the hockey team’s new grade took charge. It’s been difficult for them to recruit new team members because of the pandemic. The number of teammates were declining, the current members weren’t united upon their goals. While searching for how to bring the team together, they read our article about Purpose and realized that the team needed their very own Purpose.

Usually, for our clients, we hold around ten workshops to establish a Purpose. However, for this special case, we wanted to make sure that the students themselves lead the process. We offered a self-work package as well as guidance free of charge, and had the team do almost 80% of the entire process. In March, we hosted a workshop where SMO facilitated the final step of bringing out the team’s Purpose.

Through self workshops to understand the team’s strengths, passion, and needs, as well as interviews with the alumnis, authorities, team members, we prepared information about the team. Then, we had the team write down elements that would lead to identifying the team’s Purpose on a post-it note.

During the workshop, we had the team divide into three groups: strength, passion, and needs. We had each group write out the Purpose for their team. Because the members in all the groups were having an energetic discussion, we thought they were divided by grades. Turns out, they were all just randomized into the three groups.

Due to the time limit, the day ended with the three groups presenting their ideas for their new Purpose. Each idea is now being discussed to turn it into the final form (perhaps it may be already established by the time this article is published…!?) .

What Purpose did they decide on? And how is their Purpose integrated throughout their activities? The future of The University of Tokyo’s field hockey team is something to keep an eye on..